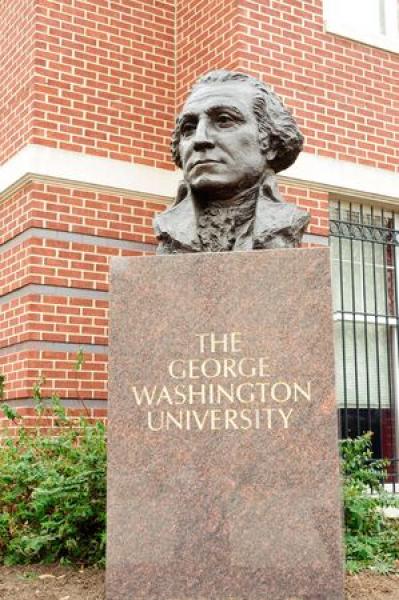 George Washington University’s oldest and largest residence hall reopened last week, welcoming new students for the first time in three years. These students will be walking into a building that bears little resemblance to the one that last housed students in 2019.

The building has undergone massive renovations over the course of a two-year construction project that cost an estimated $80 million. Here is a little bit more information on the project and the final product:

As the oldest resident hall on campus, Thurston began to develop a negative reputation for issues with mold and general disrepair. In 2018, the university announced there would be renovations. Over the following year-plus, the key consultants involved worked on the design process and coordinated  where to house students during the construction process. The work, which was completed by Clark Construction, began in May 2020. VMDO Architecture led the design process.

The New and Improved Building

Thurston Hall now has the capacity to house up to 825 students, spread among single and double rooms. There are sixteen study lounges, all equipped with new furniture and natural light. The building will also feature a new dining hall, which is set to open within the next month. This new dining space will offer students the option of paying via facial recognition technology.

In general, there is more space for students. The hallways are wider, the rooms are larger, the new elevators are more spacious. Each floor has its own kitchen, laundry room and private, gender-neutral bathroom.

Among the new amenities is an enclosed rooftop common room that offers students a view of all of the monuments and landmarks in our nation’s capital. Additionally, at the center of the building, there is a “three-season atrium” with plentiful greenspace, giving students a place to gather, study and relax.

The new Thurston Hall also affords alumni and other donors the opportunity to be a permanent part of the new building. The school is offering the option of buying a tile with your name on it, which will appear in a GW mosaic in the lobby of the residence.

At Construction Protection Systems, we are proud to have played a small part in development of the renovation of George Washington University’s Thurston Hall. Stay tuned for more updates from the makers of 1-2-3 Door Shield—the original, reusable door protection system.