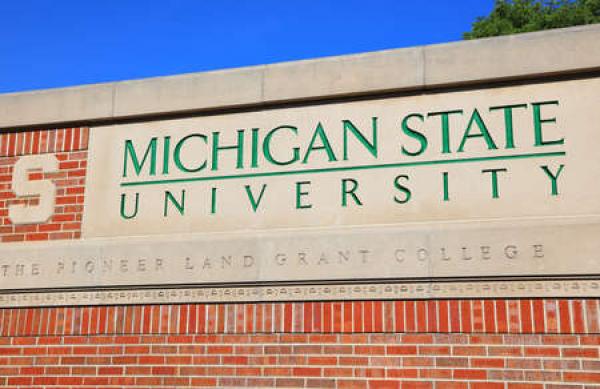 The McLaren Greater Lansing Hospital opened its doors in March after extensive construction. The facility is located on Michigan State University’s Corporate Research Park. The new campus is far more than just a hospital – it will provide a wide variety of medical services while also serving educational and research purposes for the students and professors at Michigan State’s College of Human Medicine. Here’s more information about the new, state-of-the-art facility:

The new medical campus includes a 240-bed hospital to serve the Greater Lansing community, an Emergency Department that includes a Level III trauma and primary stroke center, the Karmanos Cancer Institute, a health and wellness pavilion, a heart and vascular institute, sports medicine and orthopedic center, a birthplace and an outpatient care center.

The university expects that this new facility will eventually house more than 1,000 physicians, educators, researchers and other academic and medical professionals.

One of the non-medical goals when building the new facility was to create a more comforting environment for patients, their loved ones and anyone else visiting the hospital. Patients are given private rooms with personal temperature controls, Wi-Fi and a wide array of entertainment options. There’s a public cafeteria with a diverse spread of options, including five food stations. The facility is also outfitted with rest areas, outdoor seating and walking spaces.

Construction of the new facility was announced in late 2017. Over the course of the following year, McLaren Health surveyed the Greater Lansing community to get input on the design of the new hospital. Ultimately, this feedback was used in the planning process as well as the construction, which was completed by Barton Malow.

The facility is nine stories and 562,000 square feet. It’s located on the 39-acre healthcare campus at the university’s corporate research park. In all, the project cost more than $600 million.

Michigan State has announced that they will be adding to the University Health Park with a new medical office building. The structure will house Spartan Radiology – a reference to the university’s mascot and another joint venture between the university and McLaren Greater Lansing Medical Services.  The building, which will feature more than 20,000 square feet of space and brand-new imaging equipment, is expected to open next summer.

At Construction Protection Systems, we’re proud to have played a small part in development of the McLaren Greater Lansing Hospital. Stay tuned for more updates from the makers of 1-2-3 Door Shield—the original, reusable door protection system.