Based in Honolulu, Hawaii, Fort Shafter acts as the main headquarters for the U.S. Army Pacific. It was established all the way back in 1907, making it the oldest military base on the island of Oahu. It is also a National Historic Landmark listed on the National Register of Historic Places.

Fort Shafter has served the U.S. Army well for over 100 years, but with growing concerns around China and North Korea, politicians and military leaders alike realized that the fort required more to keep up with demands. 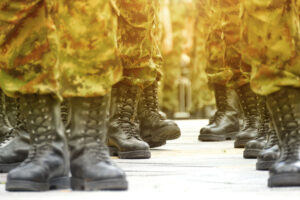 The result was $311.42 million in appropriations set aside for Hawaiian military construction projects. This was an almost 38% increase in funds from the year prior, reflecting the nation’s international concerns in the Asia-Pacific region.

While the $311 million was used for several projects in the Hawaiian Islands, the largest chunk of the funds was used for Fort Shafter. Several years earlier, construction began on a 330,000 square foot complex that would act as the U.S. Army Indo-Pacific Command and Control Facility. This facility would boast five main areas ranging from general administration, sensitive compartmented information facilities, and even a 1100-car parking structure. In total, the project cost $284 million.

The appropriations would help complete this new facility. However, the project also helped bolster the local economy. In most construction projects for the Department of Defense (DOD), there are strict military contract requirements. However, these requirements were waived by the DOD, allowing local small businesses and contractors to take part in the project.

At Construction Protection Systems, we’re proud to have had the opportunity to play a small part in the construction of the U.S. Army Indo-Pacific Command and Control Facility. Stay tuned for more updates from the innovators of 1-2-3 Door Shield—the original, reusable door protection system.