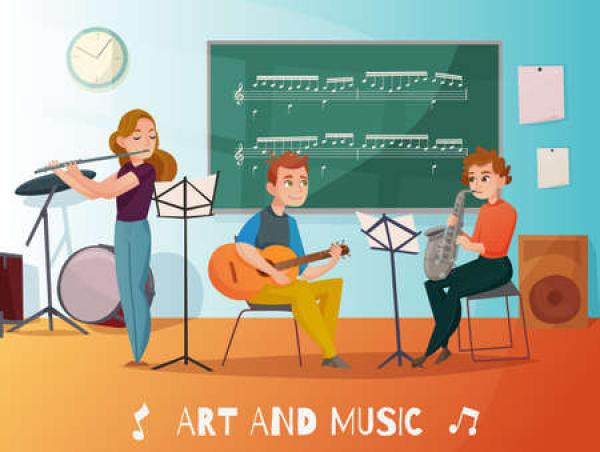 For the past three months, students at Ohio State University have been making use of the new Timashev Family Music Building. The state-of-the-art facility opened when the fall semester began in August after a multi-year planning and construction period. The new center is actually part of a larger project in the Arts District of the Columbus, Ohio campus. When the entire project is complete, the new Arts District will serve as a “front door” to the campus.

Plans for a new music building on the Ohio State campus date back a decade. The design process began in earnest in May 2018 and construction work began in summer 2019. The work was completed in March 2022, and the building opened for classes five months later.
Holder Construction was responsible for the construction work, while DLR Group and Robert A.M. Stern Architects served as design architects. Sara Lytle was the overall project manager, while Jasmine Myles served as the project accountant.

The five-story, 96,000 square foot structure contains classrooms, performance spaces, studios, and offices. There’s also a lower level for mechanical and “back-of-house” operations. The building will feature a 195-seat recital hall, joining the existing 720-seat Weigel Auditorium next door. Other benefits include improved acoustics throughout, a large ensemble rehearsal space, studios for jazz and percussion, and a new practice room for students.

One of the many features of the Timashev Family Music Building is it is now able to house all of the music department’s faculty, staff, and students under one roof. Prior to this year, they were split between two other buildings on campus. The spacious new lobby will connect the building to a renovated Weigel Hall, one of the other music buildings on campus.

Last month, the building held its first ever concert, which was preceded by an open house where guests were able to tour the new space. The building was named after Ohio State alum Ratmir Timashev ’96, who donated $17 million toward the project. It was the largest gift in the history of the university. Timashev is the co-founder of Columbus-based cloud data management firm, Veeam Software. Mr. Timashev also previously donated $5 million to Ohio State University’s College of Arts and Sciences.

The new Timashev Family Music Building is just one part of a larger project to revamp the campus’s Arts District at an expected price tag of more than $165 million. As mentioned, another finished aspect of the project is the renovation of Weigel Auditorium, which previously housed much of the school of music.

Meanwhile, construction of the Department of Theater, Film, and Media Arts building is still ongoing. The new building, which has not yet been named, was planned alongside the Timashev Family Music Building. It followed the same design and planning timeline as the music building, but construction did not begin until Nov. 2020. Construction will continue through the early part of 2023 and will open for classes sometime soon after that.

When completed, the new building will allow the faculty, students, and staff of the theater, film, and media arts to join the emerging Arts District. Currently, they are located a 20-minute walk away from the District. The new building will also be five stories and will include classroom, performance, offices, and studio space with a lower level for mechanical and back-of-house operations.

The structure will also feature multiple state-of-the-art performance spaces, including a 450-seat proscenium theatre and thrust/black box theatre. There will also be New Works Lab for experimental productions, a lighting lab, costume shop, and a design studio. The building will contain two sound stages, editing suites, a sound lab, and a screening room, as well as spaces for students studying film, moving image production, and media arts.

At Construction Protection Systems, we are proud to have played a small part in the development of Ohio State University’s Timashev Family Music Building. Stay tuned for more updates from the makers of 1-2-3 Door Shield—the original, reusable door protection system.