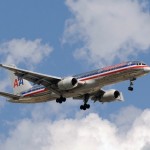 In 2013, American Airlines emerged from bankruptcy and became the largest airline in the world through a $14 billion merger with US Airways. Since then, the 80-year- old airline has been working to consolidate its operations with those of US Airways in a series of restructuring initiatives.

The building is being named after Robert Baker, a former American Airlines executive who managed the airline’s operations for over 35 years until his retirement in 2002. In an interview with local Fort Worth publication the Star-Telegram, American Airlines Chief Executive Doug Parker cited Baker’s “love of aviation and commitment to safety” as determining factors in the naming of the facility.

American Airlines broke ground on the facility last July, and expects it to be complete by the third quarter of this year.

At Construction Protection Systems, we’re proud to have had the opportunity to make a contribution, however small, to this massive undertaking. Stay tuned for more updates from the makers of 1-2-3 Door Shield – the original, reusable door protection system.