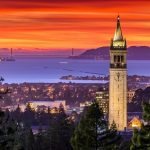 87 years ago, Bowles Hall became the first residence hall on the University of California, Berkeley campus. Founded on distinctly egalitarian principles, Bowles Hall was self-governed by the students who occupied it until the mid-1970’s. Residents lived there for the duration of their undergraduate careers. They ate together, learned together, and established time-honored traditions that remain near and dear to the collective heart of the campus.

By the 1980’s, however, Bowles had become much like any other dorm on campus. It was distinguished only by its elegant façade, which has been compared to Hogwarts by more recent students. In the latter part of the decade, under threat of demolition from the school, a fraternity of former residents known as the Bowlesmen petitioned to have the building added to the National Register of Historic Places. They were able to save the building, but not the tradition of self-governance. It became an all-men’s freshman dormitory, and gradually it fell into disrepair.

Then, last year, an alumni organization known as the Bowles Hall Foundation offered to purchase the building from UC Berkeley and maintain its operations as a student residence. Now they’re funding a $40 million repair and renovation project and restoring Bowles’ status as a self-governing institution. In the fall of 2016, 186 students, three graduate students and two professors will move in become a new generation of Bowles residents. This will be the first time in Bowles’ history that it has been a co-ed residence hall.

Here at Construction Protection Systems we’re proud to have had the opportunity to play a part, however small, in the restoration of this iconic feature of the UC Berkeley campus. Stay tuned for more updates from the makers of 1-2-3 Door Shield – the original, reusable door protection system.