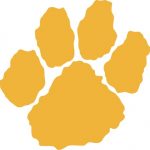 By all accounts, it’s a great year to be a student at Clemson University in South Carolina. Earlier this month, the school’s football team took home a national title in a huge upset victory over the University of Alabama. This momentous win was the culmination of an intense five-year effort to restore Clemson’s football program to its former status as one of the best teams in the country following years of heartbreak and disappointment.

Soon, Clemson students will have something else to cheer about thanks to a new $212 million residential village that will serve as a gateway to the school’s east campus. It’s called the Douthit Hills Development project, and it is slated for completion in the summer of 2018.

The Douthit Hills Village, which will feature roughly 1,650 new beds for students living on campus, is divided into three zones. The west zone will consist of five and six-story residence halls for upperclassmen. The east zone will include more housing for freshman participating in the “Bridge to Clemson University Program,” which allows students to spend their first academic year taking classes at a local technical college before transferring to Clemson. The central zone will include a variety of academic facilities and amenities including a new dining hall, campus bookstore and fitness center.

According to Clemson’s website, “Development of Douthit Hills builds on a long residential history. It will continue to be home to students who dwell, study, play, rest and make lifelong friends and memories cradled in the protective campus environment.”

Here at Construction Protection Systems, we’re proud to have had the opportunity to play a part, however small, in the development of the Clemson University campus. Stay tuned for more updates from the makers of 1-2-3 Door Shield—the original, reusable door protection system.