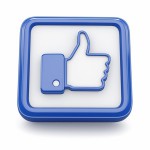 Mark Zuckerberg’s social networking behemoth has recently completed the second phase of its data center facility outside of Des Moines, Iowa. The 476,000 square foot building is the new home of countless photos, status updates, and pieces of personal information submitted by Facebook’s 1.3 billion users. Brice Towns, manager of the new data center, aptly described the enormous facility as the place where “your ‘likes’ are living,” in a recent interview with the Des Moines Register.

Facebook isn’t the first tech giant to set up shop in the plains of Central Iowa. In 2007, Google completed work on a similarly huge data center in nearby Council Bluffs. Microsoft is also currently in the process of building a $1.1 billion data center in West Des Moines. When the four stage project is complete, Microsoft’s data center will house a staggering 1.16 million square feet of server space.

And now, onto the question that’s likely on everyone’s mind. Why Iowa? Are they running out of room in Silicon Valley? Are these servers corn fed? Not exactly.

But they are wind fed, and Iowa has plenty of wind. In fact, Iowa leads the country in wind power production. In 2013, 27% of Iowa’s electricity was generated by wind turbines.

You see, servers get hot – particularly when you put a few thousand of them in a room together. In many data centers, server temperatures are regulated with costly, inefficient water cooling systems. In Iowa, however, the wind alone is sufficient to keep the servers cool. The air cooling facilitated by the Iowan plains is so efficient, that on some days the data center staff has to turn on the heat to keep the servers humming along in their optimal thermal butter zone.

But Iowa’s ample wind supply isn’t the only thing drawing big tech companies to The Hawkeye State. Iowa also has a great deal of undeveloped land, and a relatively low risk of natural disasters. In addition, a 2007 piece of state legislation grants tax breaks on the sale and use of the computer equipment needed to keep data centers such as these running. Clearly, Iowa’s transformation into a Midwestern tech hub is no accident.

At Construction Protection Systems, we’re proud to have done our part, however small, to help facilitate the completion of this massive undertaking. Stay tuned for more!