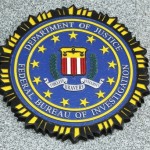 The Federal Bureau of Investigations has maintained a significant presence in South Florida from their central field office in Miami Beach since 1985. Agents have spent the last thirty years investigating cases concerning everything from counterfeiting schemes to insurance fraud and child pornography in the Sunshine state. After three decades, the bureau had outgrown its regional offices and has since consolidated their operations to a new 475,000 square foot facility in nearby Miramar.

The new headquarters is comprised of a series of buildings constructed on a sprawling twenty acre plot of land. The complex’s design is not only visually striking, but also environmentally sound. It was constructed in accordance with LEED certification standards, and is oriented in an east-west direction in order to minimize solar heat gain from the harsh Floridian daytime sun exposure. Rainwater capture structures, in addition to a water reclamation system, are expected to cut water consumption in the mammoth structure by as much as 95%. Wetlands in the vicinity of the facility were also restored during the construction process.

All told, the project cost $156 million, nearly $40 million less than the original projected cost of construction. It was designed by the Chicago-based architecture firm Krueck and Sexton, and built by Hensel Phelps Construction of Colorado. At Construction Protection Systems, we’re proud to have had the opportunity to make a contribution, however small, to the completion of this enormous undertaking. Stay tuned for more updates from the makers of 1-2-3 Door Shield – the original, reusable door protection system.