During normal times, people will flock to sports arenas around the country for a night’s worth of entertainment. Football games, rodeos, concerts, basketball, and hockey are just some of the many events you can witness inside of an arena. For a country that loves its sports and music, an arena is almost a necessity. This is especially true for the city of Fort Worth, TX.

Back in 2019, construction of Dickies Arena, a 14,000-seat sports arena, was finally completed. This gave the citizens of Fort Worth a modern and spacious facility to host the many teams, singers, and stars that would visit the city. Read on to learn more about the construction of this multipurpose arena: 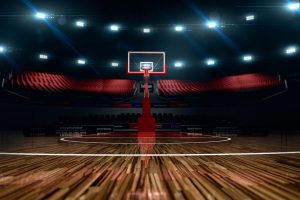 On November 4, 2014, the citizens of Fort Worth overwhelming voted in favor of constructing a new, multipurpose arena for the city called Dickies Arena. Having been funded by Fort Worth, the State of Texas, and many private organizations, individuals, and foundations, the arena would be the culmination of both public and private efforts. It would be capable of hosting a wide variety of events, including the Fort Worth Stock Show & Rodeo, local hockey games, conventions, concerts, basketball games, and more. On April 18, 2017, the “Let The Dirt Fly” groundbreaking ceremony took place, and construction was underway.

Dickies Arena is situated in the heart of Fort Worth, just three miles from the Downtown District. It sits adjacent to the Will Rogers Memorial Center campus, a public entertainment venue that was the city’s main event space before the construction of Dickies Arena. When visitors first come to the arena, they are greeted to a breathtaking, Southwest Art Deco plaza, a homage to the city’s wonderful Art Deco architecture and their cowboy culture. Below the plaza is an 85,000-square-foot building meant to house animals for the Fort Worth Stock Show & Rodeo. When the Rodeo is not taking place, this building is used for conferences and conventions.

The rest of the complex houses the arena. It is here that the largest events are held, including concerts, sports games, and, of course, the Rodeo. In total, the entire area encompasses 715,000-square-feet, and the arena takes up about 560,000 SF, seating up to 14,000 visitors. However, the seating capacity can fluctuate depending on the event that is taking place inside (basketball games, for example, hold up to 13,300, while Rodeo performances can accommodate 9300 spectators). During construction, the roof posed a significant design challenge. About the size of three football fields, it is designed to provide visitors with enhanced acoustics and flexible rigging for the variety of events that will take place. The arena is designed as a large, clear span facility without structural columns. As such, an intricate combination of tension rings and compression rings was installed to properly support the roof.

Additionally, the arena features various artistic reliefs and mosaic tiles that harken back to the western, cowboy culture of Fort Worth. These facades were created by three renowned artists: Mike Mandel, William Matthews, and Evergreene Studios. While the styles of the different artists are varied, their depictions of the frontier nevertheless celebrate the western heritage of Fort Worth, making Dickies Arena a true cultural centerpiece of the city.

At Construction Protection Systems, we’re proud to have had the opportunity to play a part, however small, in the construction of Dickies Arena in Fort Worth, TX. Stay tuned for more updates from the makers of 1-2-3 Door Shield—the original, reusable door protection system.