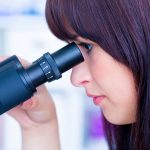 Thanks to a $40 million bond issue approved by voters in 2015, students in the R-7 School District of Lee’s Summit, Missouri will soon have access to state-of-the-art STEM learning facilities at the Summit Technology Academy’s new Missouri Innovation Campus. The Summit Technology Academy offers high school juniors and seniors the opportunity to take college-level courses in science, technology, engineering and math in order to graduate with an associate’s degree before continuing their education at the University of Central Missouri. The school was established in a partnership between UCM and the Lee’s Summit School District.

After breaking ground in March, 2016, construction crews are putting the finishing touches on the Missouri Innovation Campus which is scheduled to open in August of 2017. Once open, the campus will serve as the new home of Summit Technology Academy’s industry immersion program.

Students participating in the industry immersion program will take college classes three days out of the week during their senior year, and work at local internships during the other two days. The content of these classes and internships will depend on the career field being pursued by each student. To qualify for the program, students must maintain high academic standards, and commit to a rigorous course schedule supplemented by hands-on experience in the workplace. For high school students interested in pursuing a career in STEM, Summit Technology Academy’s industry immersion program can provide them with a valuable head start as they prepare for college.

According to the Lee’s Summit Journal, the new campus is expected to reduce operating costs for the R-7 School District dramatically, saving roughly $9 million over the next 20 years. This is because the entire facility will be owned, rather than leased, by the district itself. UCM will pay a portion of the operating expenses through a rental agreement signed with the district.

Here at Construction Protection Systems, we’re proud to have had the opportunity to play a part, however small, in the development of Summit Technology Academy’s new innovation campus. Stay tuned for more updates from the makers of 1-2-3 Door Shield—the original, reusable door protection system.