Whether we use it for work or pleasure, Facebook has become an integral part of our everyday lives. However, while you’re liking and commenting and posting pictures, there is a team of Facebook employees making sure that everything runs smoothly. Many of them now work at Facebook’s Menlo Park Campus which has been recently expanded to accommodate the growing social media site. 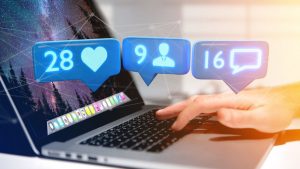 Facebook was founded in 2004, and in the past 16 years it has grown into one of the most powerful social media sites in the world. They’re headquartered in Menlo Park, California, or “MPK” as Facebook employees like to call it. The entire campus is like its own little town with coffeeshops, streets, and even a barbershop. It is truly a home away from home for the 45,000 employees who work there. There are even shuttle buses that will take employees from the Menlo Park Caltrain station to Facebook Headquarters.

With so much to offer, it may be odd that Facebook decided to expand their Menlo Park Headquarters even more. And yet, that’s exactly what they did. Announced in 2017, MPK21, as the expansion was called, was a $300 million project. It is 962,000 square feet in total, with two buildings, a 200-room hotel, as well as a pedestrian and bike bridge which connects the campus to the nearby Bay Trail. It was designed by renowned architect Frank Gehry and was built in less than 18 months.

MPK21 was built with sustainability in mind. It features a 3.6-acre rooftop garden, 200 trees, and a half-mile nature pathway that meanders through the campus. Water systems regularly clean and recycle the area’s water, saving a total of 17 million gallons of water each year. The Town Square also features 40-foot-tall redwood trees, and most of Facebook Headquarters is home to many families of foxes.

The best way for any business to function is through collaboration. Facebook’s MPK21 was built to do just that. It features quiet areas for people to focus on their work as well as open spaces for teams to get stuff done. Additionally, dining areas provide further chances for teambuilding, while a 2000-person event and meeting space gives the company ample opportunity for larger events.

Looking Towards the Future – Willow Village

MPK21 is not the only campus expansion that Facebook has been working on. In 2019, they announced plans for a new area of Facebook Headquarters. Called Willow Village, this new expansion will be just across the street from Facebook’s main headquarters. It will replace an outdated, one million square foot industrial complex. It adds office complexes, homes, retail outlets, hotel rooms, outdoor spaces, a town square, and more. Similar to the rest of Facebook’s headquarters, Willow Village would truly be its own community, sporting grocery stores and apartment complexes to allow employees to live and work in one place.

At Construction Protection Systems, we’re proud to have had the opportunity to play a part, however small, in the construction of Facebook’s most recent campus expansion. Stay tuned for more updates from the makers of 1-2-3 Door Shield—the original, reusable door protection system.