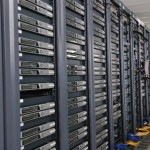 Thanks to an $81 million dollar tax incentive from the Ohio Tax Credit Authority, central Ohio is well on its way to becoming a burgeoning new hub of innovation for big tech companies. Back in September of last year, city officials in Dublin, Ohio offered Amazon 68 acres of land on which to build a new data center valued at $1.1 billion. By February of 2015, Amazon had accepted the offer and state officials had approved development plans for the massive new complex.

In addition to the data center in Dublin, Amazon also plans to build two more data centers in the nearby cities of Hilliard and New Albany. Now, according to a recent article in the Columbus Dispatch, Amazon has even more ambitious plans for central Ohio. Within the next few years the company hopes to employ a total of 1,000 employees statewide. Since the three data centers currently in development will be staffed by just 120 employees, this announcement would seem to suggest that Amazon has plans for far more widespread construction in the Buckeye State.

In spite of the local hype surrounding the three data centers, we have few concrete details about their progress. Amazon, in an effort to protect the data of their customers, has been characteristically quiet about the data centers’ development. Cybersecurity is a chief concern of the tech giant, so it’s not surprising that they should want to keep details about the project to themselves for now. What we do know is that these three data centers will nearly double the total number of data centers Amazon has in the United States at the moment. It’s suspected that the new data centers will facilitate Amazon’s continued endeavors in the extremely lucrative field of cloud computing.

Here at Construction Protection Systems, we’re proud to have played a part, however small, in this exciting new phase of growth and development in Central Ohio. Stay tuned for more updates from the makers of 1-2-3 Door Shield – the original, reusable door protection system.